Last week, I was asked to do an interview on AM590 WVLK radio in Lexington, Kentucky, to talk about the city’s lawsuit against me and why we need to take steps to ensure there are oversight and transparency for government surveillance programs. The interview got a little heated when the co-host revealed himself to be an unapologetic supporter of secret police surveillance. 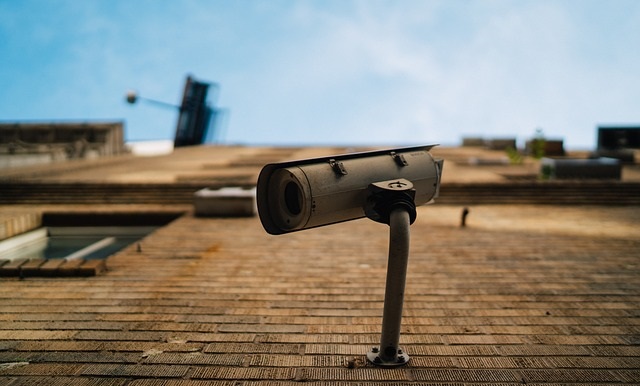 Unfortunately, I’ve been told the station did not record the segment, but I wrote a summary of the discussion right after the show. I was pretty happy with my response to a very hostile apologist for unlimited government surveillance.

I’ve been on this show before and it’s been basically friendly. But in this case, I was on with a guest host, Ronald Vissing, and his buddy whom I will refer to as the cohost.

Vissing led off with some general questions about the lawsuit, and I pivoted into a discussion about the need to pass an ordinance to require council approval of a detailed surveillance plan before government agencies procure surveillance technology.

It was at this point the cohost launched into attack mode and revealed himself as a full-bore proponent of the surveillance state. He said the police should be able to keep all surveillance secret, that our proposed ordinance would hamstring law enforcement, and that I am being completely unreasonable. He said we don’t have any expectation of privacy in public and the courts will protect us from any abuses of secret surveillance.

I emphasized that we’re only asking for a process that creates some oversight and transparency, and that I don’t think that’s at all unreasonable. But he was having none of it saying “I completely disagree with what you are doing.”

So, I took a different tack and asked him if it would bother him if I followed his daughter all around a park while shooting video of her. Of course, he had to admit it would. In fact, he got a little emotional, saying he would probably start filming me because he would be suspicious of what I was doing.

Then we went to a hard break and left it hanging.

When we came back after the break, Vissing tried to make nice, saying he actually agreed with a lot of what I said. He tried to turn the conversation back to some specifics about the case, asking why I asked for receipts and purchase orders in my original open records request. I wasn’t about to let the broader debate on government surveillance go, so I answered the question quickly with a block and pivot, and I then said something to the effect of, “The point I was making before the break when I asked about following somebody around in the park is that we all believe in privacy at some level. There is a line that can be crossed with surveillance where it becomes creepy. I don’t think that changes just because somebody has a uniform and a badge.”

Then I went on – I said, “I’m pretty sure that most people in the audience identify as conservative, or lean to the right. That means you believe in limited government and distrust government power. Why should that change just because it’s the police department? After all, these are government employees. They are just as prone to abusing power as anybody. So I don’t think asking for oversight and accountability is unreasonable.”

Unfortunately, a lot of people are as blase’ about surveillance as the cohost. We hear it most frequently expressed in the “if you have nothing to hide, you have nothing to hear,” nonsense. People say that all the time, but they don’t really believe it. If the cohost ever thought surveillance was being directed at him, he wouldn’t be so accepting of Big Brother’s presence – just like he wouldn’t accept me following his daughter around the park and filming her – even though I have every legal right to do so in a public space.

Here’s what you need to understand. If the government is allowed to conduct secret surveillance, it will eventually be used against you or people you care about.