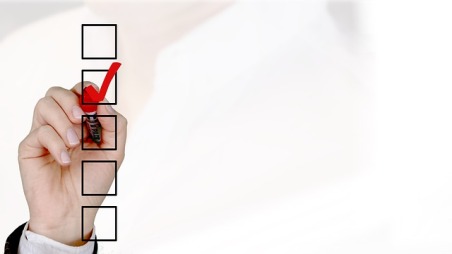 On Nov. 6, Lexington will elect a new city council. Over the last few months, we’ve reached out to council candidates and current council members to discuss their views on surveillance issues and privacy.

Many of the current members have not responded to us. In all likelihood, they’ve been told not to by city attorneys, although several at least gave us the courtesy of a reply.

Based on our conversations, we can recommend the following candidates as being good on privacy. (For our evaluation of the mayoral candidates, click HERE.

Barry Saturday (Dist. 4) – Barry took the time to meet with me in person and we’ve talked on several occasions. He has a fundamental commitment to privacy and has expressed a willingness to work with us on an ordinance establishing surveillance oversight and transparency.

Bill Farmer Jr. (Dist. 5) – We’ve not had any direct contact with Bill, but he did vote “no” on the cameras in Barry Hill Park.

Angela Evens (Dist. 6) – Angela is far-and-away the best sitting council member on privacy. She vocally opposed the camera in Barry Hill Park. We’re not doing official endorsements, but if we were, she would get one.

Chris Logan in (Dist. 7) – This is my  (Mike’s) council district. Incumbent Preston Worley has refused to communicate with me, despite multiple attempts. He’s shown no indication that surveillance and privacy are concerns. Chirs and I had a short discussion. I was not particularly satisfied with his answers, as they were rather vague and noncommital, but he did indicate a willingness to work with us if he wins this race.

Christian Motely (Dist. 8) – This is SpyPole Fred Brown’s district. As you know if you’ve been following along, the park camera’s were his brainchild. Christian has a tough row to hoe. Fred sued him off the ballot, but Motely has soldiered on with a write-in campaign. At the end of this post, I will provide information on how you can vote Motely.

Jacob Glancy (Dist. 9) – Jacob took the time to meet with me in person. He is committed to privacy and willing to work with us on an ordinance establishing surveillance oversight and transparency.

Sandy Shafer (Dist. 11) – Sandy responded to us via social media messaging. She said she would be willing to put an ordinance establishing surveillance oversight and transparency into committee for review.

Monteia Mundy Owenby (Dist.12) – Monteia is committed to privacy and supportive of an ordinance establishing surveillance oversight and transparency.

Adrian Wallace (At-Large) – Adrian took the time to meet with me in person. He is committed to privacy and supportive of an ordinance establishing surveillance oversight and transparency.

How to vote for Christian Motely in District 8

We See You Watching Lexington Community Outreach director lives in District 8 and wrote this summary.

The race for Councilmember in the 8th District, between incumbent “Spypole” Fred Brown and challenger Christian Motley, might be confusing for voters due to procedural complications. Though his name is on the ballot, votes for Motley will only be counted if voters write his name in. Informed voters should take a moment to learn more about how to properly cast a ballot in this race before stepping into the voting booth on November 6th.

Earlier this year, Motley submitted a petition to the City of Lexington to have his name added to the ballot for the District 8 Councilmember race. Needing 100 signatures to be placed on the ticket, Motley met the requirement by submitting 118 signatures. Incumbent Councilmember Brown filed a lawsuit challenging the validity of Motley’s petition, claiming that Motley’s signatures were not all registered voters or were not residents of the 8th District. After review, it was determined that only 88 of Motley’s signatures were valid. The courts ruled in Brown’s favor to strike Motley’s name from the ballot, however, the ballots had already been printed by the time the matter was resolved. Despite the court’s ruling, Motley continued his campaign as a write-in candidate.

The name Christian Motley still appears on the ballot you will see on election day. However, if voters wish to cast a ballot for him, they must do so by writing in the candidate’s name. Fayette County Clerk Don Blevins stated that voting for Motley must be done correctly in order for those votes to count.

“Christian has filed as a write-in candidate which is within his rights. As a result of all this, what you will see when you walk in the precinct on Election Day is a sign that says Christian Motley has been stricken from the ballot by court order and votes for him will not be counted. What this means is on the regular ballot there will be two names, Fred Brown and Christian Motley because this all occurred after the ballots were set. You can still vote for Christian Motley by doing a write-in for him.”

Motely called Brown’s effort to sue him off the ballot “everything people hate about politics.”

“I am continuing my campaign as a write-in candidate because I intend to keep my word to residents to whom I’ve committed to share a new approach to getting results. And, quite frankly, I was raised to finish what I start.”