Last month, the city of Lexington filed a lawsuit against me relating to an open records request I made seeking information about 29 mobile surveillance cameras owned and operated by the Lexington Police Department.

A number of people have asked me, “What do you mean by 29 mobile surveillance cameras? What exactly do they do?”

Well, I would love to tell you. But I don’t know. It’s a big secret.

Here’s what I do know. 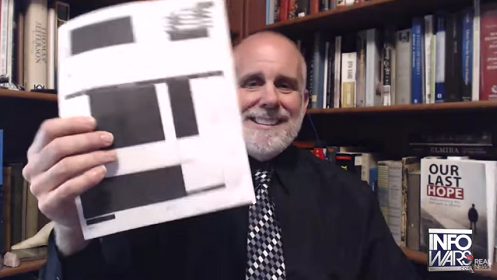 So here’s a question for the city of Lexington: What exactly are you trying to hide?

Most people find it baffling that the city sued me simply for asking questions. They can’t understand what kind of surveillance secrets warrant a lawsuit to keep them under wraps.

I find it baffling I had to ask in the first place. Local governments shouldn’t be operating spy gear in secret.

I wasn’t thrilled to get slapped with a lawsuit, but it certainly made We See You Watching Lexington’s point. I formed this organization to push for oversight and transparency when it comes to Lexington surveillance programs. It’s now crystal clear that does not exist. The fact that the city sued me to keep information about a few cameras secret underscores the need for accountability and oversight when it comes to surveillance in this city.

Some people say a few cameras are no big deal. They say I shouldn’t be concerned. Maybe not. But the secrecy and bullying tactics set a nasty precedent. You can bet your bottom dollar the same lack of transparency and oversight will exist when the city acquires more invasive technology, such as stingray devices and automatic license plate readers.

And it’s only a matter of time.

We already have these super secret cameras, along with a pilot program that could lead to the placement of surveillance cameras in every city park.

That’s why it’s imperative to put a framework in place now to ensure that Lexington government entities develop a detailed surveillance plan, make it available to the public, and obtain city council approval, before purchasing or deploying any surveillance technologies.

To this end, we’ve proposed a  local ordinance that will take the first step toward limiting the unchecked use of spy gear that could potentially violate basic privacy rights and feed into a broader national surveillance state.

You can’t depend on Lexington city agencies to operate surveillance technologies with oversight and transparency. I have the lawsuit to prove it.

We need the city council to step up and get this done. We need a councilmember to stand up for our privacy. Angela Evans, Bill Farmer and Jennifer Mossotti have all expressed concern about privacy in Lexington. If you live in Fayette County, take a moment to email all three (their addresses are linked) and urge them to introduce this ordinance.